In his proposed budget for FY 2021-22, which was unveiled on January 19th, Governor Cuomo
addressed a two year $14.9 billion deficit and a four year $39 billion shortfall. These projections are based on the likely receipt of an additional $6 billion from the federal government, but he has stated that $15 billion is actually needed if the state is to avoid the combination of budget cuts, and revenue increases. The following highlights MSSNY’s position on a range of these funding proposals.

MSSNY strongly supports the budget proposal to require PBMs to register with the state and provide greater transparency into their business practices.

Reduces from 9% to market rate the statutory interest rate for court judgments, which could provide some relief for exorbitant medical liability insurance costs.

Funds to be used to strengthen provider networks, incentivize providers based on performance & ensure provider access for all Essential Plan members.

The Executive Budget proposes “payment restructuring” of the Excess Medical Malpractice program to require physicians currently insured through the program, to bear 50% of the cost for this policy. For many physicians this equates to thousands, or tens of thousands, of dollars of new costs at a time when patient visits & patient revenue have dropped significantly. NY State has some of the most expensive medical malpractice insurance in the country. The ideal solution is comprehensive liability reform, however, in absence of this, continuation of a fully funded Excess Medical Malpractice Program is essential to protect stability in our health care system. This proposal is based on a recommendation from the Medicaid Redesign Team last spring, and was advanced during state budget negotiations in March, but rejected by the state legislature in final negotiations.

This proposal gives the Commissioner of Health expanded powers to notify the public that a physician has had a complaint filed against them despite the fact that most complaints do not result in any finding of misconduct and make it easier for the commissioner to sidestep existing due process protections by “summarily suspending” a physician’s license during an investigation based on a superficial finding that a physician is a “risk”. Existing state laws already give regulators the necessary tools to protect patients when a physician, or physician assistant, is considered a public health threat.

The Governor’s proposal to expand Telehealth coverage is broad and addresses policies that impact physicians, including coverage of video & audio-only Telehealth care, allowing Telehealth services to continue for early COVID interventions, expanding Telehealth services for addiction care, establishing interstate licensing rules, piloting a program to facilitate Telehealth among vulnerable communities, among others. However, MSSNY is concerned that the end result of this supposed expansion is that health insurers will have significant new powers to limit coverage for telehealth by using out of state physicians instead of community-based physicians. Moreover, the plan does not ensure that payments for Telehealth services, provided by video and audio-only, are on par with in-office visits.

Uncoordinated and Siloed Care to be Provided by Pharmacists

The Governor’s Budget contains a number of problematic proposals to radically expand the scope of practice of pharmacists including 1) permitting pharmacists to order various lab tests without oversight and coordination with the patient’s physician; 2) expanding the physician-pharmacist Collaborative Drug Therapy Program to permit pharmacists to adjust the medications provided to entire classes of patients rather than individual patients. Of further concern, it would expand the program to include nurse practitioners; and 3) permit pharmacists the power to administer any vaccination approved by the federal Advisory Commission on Immunization Practices (ACIP).

The Executive Budget is proposing a reduction of 20%, or nearly a $200,000 cut in funding, for CPH. This absolutely essential program provides needed counseling services for physicians thought to be suffering from substance abuse or mental illness. It is funded from physicians’ biennial registration fee, not the General Fund. It has assisted thousands of physicians over the years to healthily return to patient care, as well as provided important physician monitoring services for the OPMC. Given the overwhelming events of the last year, this program is more essential than ever, making a cut in its funding incredibly ill-timed.

The Executive Budget proposes a 6-year extension of a “sunsetting” law that enables nurse practitioners to practice independently without a written collaborative agreement provided they have 3,600 hours of supervised practice and there is evidence of “collaborative relationships” with physicians in the same specialty. To promote optimal patient care, MSSNY believes there needs to be far stronger required documentation of protocols to be followed by independently practicing NPs with physicians, to coordinate the care of patients.

Governor Cuomo’s budget proposal includes $350 million to establish an adult-use cannabis program, with $250 million allocated for an Office of Cannabis Management (OCM), and $100 million to institute a Social Equity Fund. MSSNY opposes this plan due to the lack of scientific studies about the potential negative impact of marijuana on the public’s health. 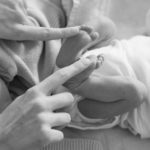 Updates in the Management of Spinal Muscular Atrophy